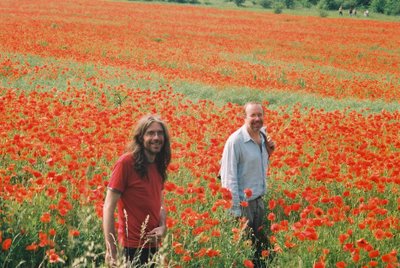 On Friday night, I went to see Prince at the O2 arena, arrriving, after a horrendous journey, with a couple of minutes to spare. I was going to write about this long, long evening, but I was with a journalist and a blogger and my brother Paul who has his own, really interesting internet music list, and the sun is shining, so sod it, let them do it if they can be bothered (oh, just checked and Paul already has). Just two pieces of advice if you’re thinking of going: don’t expect to be able to get anything to eat at O2 after the show, and don’t expect Prince to show up to his own aftershow, even though that’s how it’s advertised (and priced). We got home at 7.15AM after a fruitless four and a half hour wait to see the perverse imp up close. I could have been at a Richard Thompson solo concert in a lovely ampitheatre (I had a ticket for the rescheduled Ashby gig that night), which was, evidently, wonderful. I expect he played ‘Poppy Red’, one of my favourite tracks from his new album. It kept running through my head during our last spell of good weather, back in May, when we visited the Andy Goldsworthy exhibition at the Yorkshire Sculpture Park (it’s great, go). I just got the pictures back from that weekend, where we found a field full of ravishing red poppies. The picture above is of me and my youngest brother, Rich, standing in it.

Our digital camera was bust at the time, so we took the old Olympus. I just got round to finishing off the film. When the pictures came back from the lab, I found photos going back to our trip to Cuba, two and a half years ago. There’s something about things shot on film, the way they look, the way that waiting for them makes the end result more interesting and rewarding than the instant gratification you get from a digital camera. They gave me a free 400 film with the pictures (and a disc with the pictures as j-pegs, for, these days, what’s the use of photos you can’t email?). Have I loaded it into the camera so that I can continue using it? Of course I haven’t.