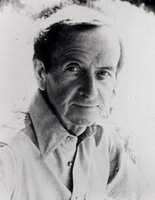 For thirty years, my favourite novelist has been the Irish writer, Brian Moore, who died in 1999. I love the way he never wrote the same kind of novel twice, his brilliance with writing female characters, his mastery of suspense and, most of all, his unshowy yet graceful, clean, tight prose style, which I would encourage any aspiring writer to learn from, as I did.

Authors tend to drop into popular and critical decline in the years after their death, so I’ve been interested to see what happened to his reputation this century. Recently, a blog dedicated to discussing his novels appeared (they’re currently up to the out of print ‘Emperor of Ice Cream’, his most autobiographical novel) and another book blog, Asylum, has been discussing ‘Fergus’, which I’ve always considered his weakest novel.

As I mention in the post below, I collect signed first editions, but perhaps I should clarify that these are generally bought new, and signed by the author for me. I don’t go into collecting first editions generally (and signatures can easily more than double the cost) as it’s too costly a hobby and I don’t have the room to store them properly. Why does anyone buy first editions? I hear you ask. There’s nothing quite like reading a book in the way it was first presented to the public. The experience of rereading Bellow’s best, ‘Augie March’ in a coverless first that I picked up cheap in the States was far superior to another go at the Penguin I first read or, I suspect, the more sumptuous Everyman reprint. It’s psychological, sure, but it’s also about the space around the words, and the type face, and the quality of the paper. Even the smell… Don’t get me started on why downloads will never replace paper books.

The exception, the author whose first editions I have collected over the years, is Moore. Of course, I bought more than half of them as they came out. I have a signed, limited edition of ‘Lies of Silence’ by Moore which I look forward to rereading – it’s probably the best of his later literary thrillers – which cost me thirty quid or so on eBay. His earlier ones have never been cheap, but, apart from his first (‘Judith Hearne’) have never been ridiculously expensive, either. The first five are hard to come by, but I think I paid less than a tenner for a first of ‘Fergus’. (There’s a bibliography here if you’re interested in the order they came in). I buy first editions to read, so I thought it was time to test my reaction against John Self’s, and I promised John I’d tell him what conclusion I came to. I finished the novel in bed last night. It’s funny how memory plays tricks on people. That’s partly what ‘Fergus’ is about. ‘Fergus’ is a novel that presents a Hollywood scriptwriter (his situation based very firmly on Moore’s then life – he wrote a script for Hitchcock, though it wasn’t a very good one) who spends a day being interrupted by ghosts from his past. Only they’re not ghosts, exactly.

When I last read this novel, I was 22 (my undergraduate dissertation was on Moore’s fiction, so I read all of the novels and stories at least twice) and I remember being frustrated by this novel’s slight story. Maybe now that I’m older than the protagonist, I’ll relate to his situation better? No. The plot interest was even slighter and the hallucinations no more involving that the first two times around. Yet the writing is great and the novel’s position in Moore’s canon is pivotal. He’s working his way out of his childhood Catholicism and through a period of preoccupation with Wallace Stevens that begins with ‘Emperor of Ice Cream’ (titled after the Stevens poem, which includes the line ‘let be be the finale of seem’) and continues until his most whimsical, most Stevensish novel, ‘The Great Victorian Collection’. The other strand of his work at the time begins with the book before ‘Fergus’, ‘I Am Mary Dunne’. Mary’s memory obsession is similar but has far more purpose. This novel is a close precursor of his masterpiece, ‘The Doctors Wife’. Before that, though, there was a sidetrack into the non-fiction novel, ‘The Revolution Script’ and the short, precise novel where he came to grips with faith and how art, for the artist, is often a replacement for religion, ‘Catholics’.

Sorry, that last bit was rather dense if you’re not a Moore enthusiast. What I’d forgotten about the end of ‘Fergus’, which follows a kind of dream logic, is the author’s guilt over having forgotten so many people from his earlier life. Can I relate to that now I’m older? Only to an extent. I often remember people who I’ve only met briefly. The other day in the greengrocers, I saw a young woman who I’m certain I taught twenty years ago, and it bugged me that I couldn’t precisely remember her surname. I often wonder what became of childhood friends – but how many of them have I forgotten? Dunno. So, yes, I do relate to the novel’s memory theme, though I don’t think it’s done too well. The other thing that occurred to me as I reached the end is that I’d half inched part of the effect of the novel’s finale for my most Moore-like novel, Love Lessons, a dream trial scene that I dropped when I rewrote it from an adult novel into a Young Adult novel. Seems I’m so big a fan that even his clunkers influenced me…

I wouldn’t recommend that you start reading Moore with ‘Fergus’. The later ‘Cold Heaven’ deals with similarly metaphysical areas in a more interesting, gripping way. But do read him, whichever novel you come across first. I just pulled out a pale carbon copy of my 1980 dissertation and I note that the chapter on ‘Fergus’ and ‘Great Victorian Collection’ is titled after another Stevens poem, ‘Notes Towards A Supreme Fiction’, one of my favourites. ‘A rehash of themes dealt with more subtly in earlier books’ I write. Aren’t we harsh when we’re young? Which is not to say that we aren’t right.