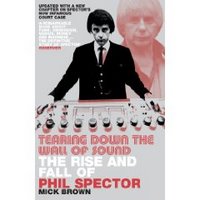 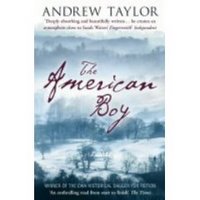 Happy new year. First, the news: I’m delighted to see that Martin’s back, with a a poetic new blog. And I can’t understand why they had to name the new Doctor Who quite so early, when he doesn’t appear until October 2010. Also here‘s something fascinating that I missed while we were away.

We were in Cuba over Christmas. Havana is one of my favourite three cities and I found a copy of Pedro Juan Gutiérrez‘s ‘DIrty Havana Trilogy’ in the airport, where we had an eight hour delay (thanks for the warning to Virgin, who’d known about it for days and still let us get up at 5.45AM to hang about the airport all day). I read all three novels over the next three days and they’re compulsive story telling, although some of the sex reminded me of the excruciating stuff that Walter Mosley’s been peddling in his ill-advised ‘sexploitation’ novels. They’re very good at conveying a feel for Havana in the desperate days of the early-mid 90’s. He’s written a few more novels, equally autobiographical and of varying repute, but I won’t be rushing to check them out.

The novel that Sue and I both read and enjoyed most this trip was Andrew Taylor’s The American Boy (thanks, Kevin), a Wilkie Collinsish Victorian crime pastiche with modern pacing and an engrossing plot – although the Edgar Allen Poe aspect, which drew me to it in the first place, was its one weak point. This lasted me for three days in the valleys of Vinales.

Too heavy to cart to Cuba, but devoured before and after the trip was a hardback of Tearing Down the Wall of Sound: The Rise and Fall of Phil Spector by Mick Brown, a fascinating, superbly researched biography of the legendary producer, about to be retried for murder. The section on Cohen’s ‘Death of a Ladies Man’ was a little thin, mind, but it does at least recognise the album as a neglected masterpiece. The books also whets your appetite for loads of other collaborations that Spector recorded but didn’t release. Since coming back I’ve also finished Rose Tremain’s fine novel ‘The Road Home’, highly recommended.

The Draining Lake by Arnaldur Indridason is probably the best so far by this Icelandic author (also liked the film of the first one, ‘Jar City’, which came out last year). Erlandur is in a different league to Wallander (the first UK TV adaptation of which we watched last night, with Branagh playing the dour detective in slightly above standard Sunday night fare), though they share some qualities. Fantastic translation by Bernard Scudder, who died this year and will be much missed.

The Bird Room by Chris Killen isn’t out yet, so I probably should write about it until the novel is published later this month (although it already has eight Amazon reviews – blimey). Let’s just say it’s sexy, poignant and smart, with an engaging silliness. That I liked it so much has nothing to do with the fact that Chris was one of my first dissertation students when I began teaching undergraduate Creative Writing six years ago (but the fact that I got an advance copy does).

Book of the holiday, however, has to be Barack Obama’s autobiography Dreams From My Father. A slow, engrossing read which was the best written of all the books I read on the beach and by the pool. It was very exciting to read this thought provoking (about race, certainly, but equally so about human nature) memoir in the knowledge that its wise, humble author is about to take on one of the most challenging jobs in the world. It’s going to be an interesting year.