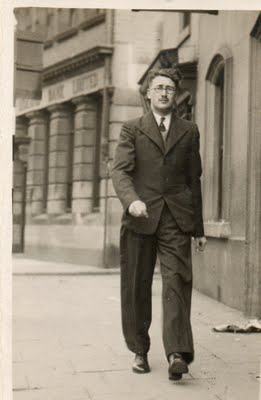 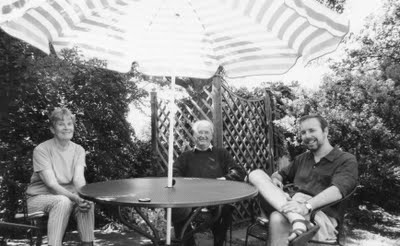 On May 8th 2010, the University of Nottingham will host a celebration of the life of one of its most widely respected alumni, the novelist Stanley Middleton. The Booker Prize winning author died in July 2009, a week short of his 90th birthday. The celebration will include live music, readings from Stanley’s novels, poems and unpublished letters, together with short talks on his life and work.

The event will take place from 2PM until about 4.30PM at the Djanogly Lecture Theatre, Lakeside, University of Nottingham, and is free, but spaces are limited and must be pre-booked. For further information and to book a place, go here or phone Sue Daley at the Alumni Office on 0115 846 6940 during working hours.

The photos above are of a young Stanley in the early 40’s (unknown photographer) and me with Stanley and Margaret Middleton in our back garden, taken in the late 90’s (photo: Sue Dymoke).