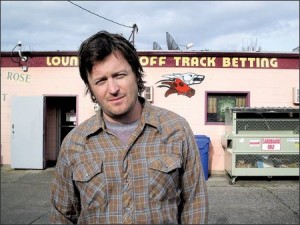 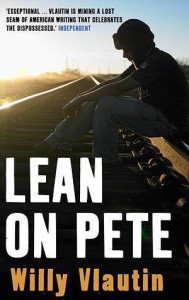 I don’t go for stories about animals. You’ll hunt in vain for animals in my novels, or even pets. As for stories narrated by animals, put it this way. Paul Auster’s  novels since Moon Palace have been variable but the only one i don’t like is Timbuktoo, which is told by a dog. It’s far too cutesy. So I’ve not read Michael Morpurgo’s The War Horse, which is narrated by a horse. And I had no interest in seeing the play based on it, though I’d heard good things about the songs in the production, by John Tams.

However, my partner and I had a London day out planned, primarily to see the Henry Moore exhibition at Tate Britain (it’s wonderful and we went round it twice – only left us time for 40 minutes in Rude Britannia, which has loads of good stuff but is a bit of a mess). I got first choice of theatre matinee, but the Simon Grey play was sold out. So was her choice, The War Horse, but then two circle seats showed up, and I booked them. Turned out we had excellent seats for a show best seen from above.  I resisted at first. Too simple. Rather sentimental. Dozed off a bit, as I normally do in the theatre (but rarely movies, I think it’s something to do with the dark). Then I got sucked in.

The staging was fantastic, the songs powerful and beautiful. This was an absorbing, completely theatrical, very moving show. I could go on about it, but it’s been written about extensively everywhere so I will just point out one thing. The adaptation got rid of the idea of the story being narrated by the  horse. Nuff said.

I’m a big fan of the US singer/songwriter Willy Vlautin. I’ve seen his band Richmond Fontaine many times and often chatted with Willy, who is a modest, very approachable guy. One time I said I’d heard he had a book of short stories coming out. ‘No, it’s a novel,’ he told me. ‘Who’s publishing it?’ ‘A company called Faber and Faber. Are they any good?’ That first book The Motel Life was an impressive debut told in Carveresque vignettes. He developed this style into his second Northline which felt more like a novel, or, perhaps, a novelisation of a Richmond Fontaine song  (good interview about that here). It came with its own soundtrack cd. Now, with his third Lean On Pete, he’s really hit his stride.

When I asked him what it was about a few weeks before it came out, Willy said ‘a boy and a racehorse’, but I’d forgotten that when I took it on the train to London, so this turned into a themed day out, with two stories about fifteen year old boys whose strongest relationship is with a horse. Wouldn’t have been my informed choice but it worked out well. Willy’s tale has a conscious debt to Steinbeck and is none the worse for it. While the usual bleak, drug addled, desperate characters are at the edges of the story, the narrator isn’t  as pessimistic as some of his earlier characters, so you don’t progress in the near certainty that the ending will be bleak. Were it not for a couple of x rated incidents, I could see this being used in schools. Touching, absorbing, meticulously realised, Lean On Pete is a page turner which marks Willy Vlautin’s coming of age as a novelist.

Here’s one of my favourite Richmond Fontaine songs, followed by a live number from the late, great John Stewart, a criminally underrated talent of a previous generation.