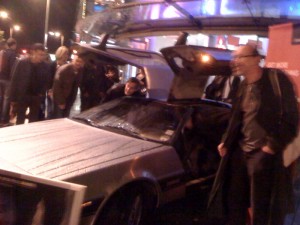 I’ve had a bad start with Jonathan Franzen’s ‘Freedom’. My copy arrived a week ago and I sat down to read it almost straightaway, having loved ‘The Corrections’. To my annoyance, I found I’d read the (very long) first chapter already, as it was published as a short story in The New Yorker. Had they announced that it was a novel extract, I would have skipped it and waited, especially as, of course, it had been abridged slightly. So I reread the first chapter 1) to remind me what happened and b) in case there were new bits.

I saved ‘Freedom’ up for a second go after I’d done the proofs of my new (adult) novel. A treat to look forward to. Correcting the proofs took me three days. It was just long enough since the last draft for me to be able to see the thing afresh. I’d been working on it on and off for eight years (one less than Franzen on ‘Freedom’ as it happens, no other comparisons apply), so it’s hardly surprising that some very minor continuity errors remained. Also, a couple of times I or my editor had turned the Association of Police Officers into the Federation, which is quite an important difference to those in the know. There was another bit where the Workers Educational Association lost its ‘al’. There was one place where I realised I gave information that I’d already given twice already. One repetition can be emphasis, or to remind the reader, but a second looks sloppy. And there were a handful of lines that, on reading them for the umpteenth time, I decided were redundant, or verged on being cliched. So they went. I got the year of a Nirvana gig wrong by a year. There were no spelling mistakes, but a few indentation slips. These are the sort of things that happen in proofs. I expect the proof readers at my new publisher, Tindal Street Press, will have spotted some that I missed. I hope so.

I sent the proofs off, signed for delivery, on Thursday lunchtime, and settled down to read the Franzen. Problem. I’d read chapter two, too. It had also been published, more recently, as a discrete short story by The New Yorker. I remembered it really well, but still had to skip through it, in case there were parts that the author had added since or had edited out previously. Now, I know this isn’t Franzen’s fault. Indeed, I once chastised Ian McEwan for The New Yorker doing the same thing with two of his short stories that turned out to be extracts from ‘Enduring Love’and ‘Atonement’. He told me that it was the magazine’s call, though it was ‘rather naughty of them’.

So anyway, at last, I got to a portion of the novel that I  hadn’t read before. I started to enjoy myself. On Friday, I was about to tuck into the book again. I had several hours to give to it. Then I read this. If you can’t be bothered to follow the link, basically, what it says is that Fourth Estate published the wrong version of Franzen’s book, one with spelling errors, missing bits of characterisation, and so on. A bit like my proofs (150 bound copies of which are circulating, by the way, but clearly marked as proofs), only worse. I feel very bad for Franzen about this. It’s a writer’s nightmare. My editor tweeted ‘I wake up having nightmares about “doing a Franzen”‘.

I’m left with a dilemma. Do I carry on reading the book (after all, none of the reviewers noticed the errors, or even the spelling mistakes)? Or do I do as Franzen asks, and wait for it to be reprinted (next week, evidently)? In which case, I might have to rapidly reread the opening chapters for a third time. Or do I give it up as a bad job and wait for the paperback, which will doubtless have yet more corrections?

On an unrelated note, I was coming out of the cinema last night when I had a 25 year flashback. There was a De Lorean, doors flipped open, being photographed on the pavement. It was promoting the forthcoming rerelease of the Back To The Future trilogy (you can see proof that I wasn’t hallucinating above, that’s me looking blurred). In honour of that, this week’s song of the week is by the Pet Shop Boys, a track from the bonus edition of their latest album, Yes Etc. It sounds more like the great Heaven 17 than the PSBs and it doesn’t really get going for a minute and a half, but give it a listen. This will be the last song of the week until the end of the month, as I shall be using this site to promote the Beeston International Poetry Festival, the full schedule for which can be found in the downloads section above.

The Pet Shop Boys – This Used To Be The Future