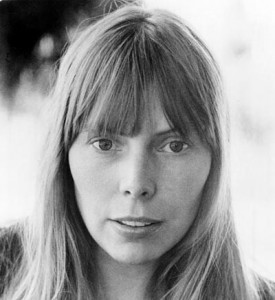 Hard to believe that Joni Mitchell is 67 today. My friend Mike and I were huge Joni Mitchell fans from the age of 16 on. Funny thing is, a kind of retrospective wisdom has evolved that girls from that period were desperate to meet boys who liked Joni Mitchell (see the recent, very fine movie The Kids Are All Right for instance). But all the Joni freaks I knew were male. My partner often professes herself to be thoroughly fed up of having too much Joni played to her by blokes (this since I met her, twenty odd years ago). Professing my love for Joni never got me anywhere with women. There’s no need for me to bang on about Joni’s brilliance as a singer and songwriter. Long retired, her reputation is secure. And I’m sure she won’t mind my uploading this exceedingly rare demo, which I tracked down on eBay. It was written for the best movie about singer/songwriters ever, Alison Anders’ Grace Of My Heart. It was accidentally released on the first pressings of the soundtrack. All but the first few hundred CDs had the Kristen Vigard cover version that appeared in the movie, while Joni later recorded her own version for the Taming The Tiger album. But this is the original. Happy birthday, Joni.