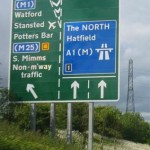 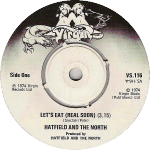 I trooped into town earlier for Record Store Day, the great independent shops celebration taking place all over the world. I was just too late to get one of the two Ryan Adams double 7″s that Nottingham’s Music Exchange had received, but am hopeful that my friend Mike has picked me up a copy of the expensive REM 7″ pack at Sheffield’s Record Collector. I treated myself to a 7″ of Lambchop doing two covers, one of them the fine Emitt Rhodes song ‘Time Will Show The Wiser’, which I know from Fairport Convention’s first album. On the way home, I stopped in at FOPP and couldn’t resist paying three quid (half the price of the 7″!) they were asking for a reissue of Hatfield and the North’s eponymous debut. To be honest, I never liked this album much – too much Canterbury scene wibbly wobbly stuff with too little in the way of good tunes, but what made it worth the buy was the two bonus tracks – both sides of HATN’s first single, a copy of which I’ve been after for more than thirty years. The track below is backed by the equally sublime ‘Fitter Stoke Takes A Bath’ – both songs that have stuck in my head all those years since 1978. Listening to them again made my afternoon. Then I played the album and, by side two, I’d fallen asleep. Ah well. And yes, the band got their name from a road sign.