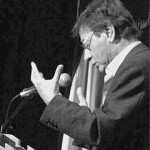 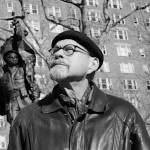 I’m a little bleary today so excuse me if I ramble a little. I woke up early thinking about how to handle a scene in the edit of the second Bone & Cane novel, couldn’t get back to sleep. I won’t be writing the new scene until Monday. I never write fiction on weekends. During the nine and a bit years that I was a schoolteacher, I wrote every Saturday that we were at home. Once I was earning enough to become a full time writer (seventeen years ago, this month) I decided to allow myself one weekend day off (inevitably, there’s always marking and preparation on Sundays). And although I have a part time job teaching Creative Writing at a university now, I still don’t write on Saturdays. Except for this blog which – you know – isn’t real writing.

As long time readers will know, I generally don’t update in August, then return with a list of my summer reading. I’ll do the same this year, unless something comes up that makes blogging irresistable, and resume when I return from the Edinburgh Book Festival at the beginning of September. If you’re anywhere nearby on Sunday August 28th, do come see me there. If you’re skint, I’m appearing earlier in the day, for free, when I’ll be introducing an Amnesty Prisoners of Conscience event celebrating the poetry of the great Palestinian poet Mahmoud Darwish (pictured above left). The poet Ron Butlin and I will read from Darwish’s work. Maybe others too. I repeat: for free. Here.

And finally, a plug. The legendary crime writer Lawrence Block has been blogging and twittering with a vengeance recently, for reasons he goes into on his excellent blog. If you friend him on facebook, you’ll find he’s also posting the introductions he’s written for many of the early novels that he’s self publishing on Kindle, to save people who’ve already bought the book buying it again. He’s that kind of guy. Three years ago, I had coffee with Larry in Manhattan, to discuss the Five Leaves edition of Speaking Of Lust (he was wearing the same beret and jacket as in the photo above, as I recall). He was, it has to be said, in a pretty negative frame of mind, not sure whether he had another novel in him. We spent more time talking about TV than literature. But now, as he says on his blog, the social network explosion and the Kindle self publishing thing has breathed new life into him, and he’s never been busier. As a fan, and as a writer who’s in it for the long haul, I’m very pleased to see that happening. Maybe I should self publish some of my earlier work (can anyone out there convert old Amstrad discs to Word?), or something new, now that Bone & Cane has slipped down the Amazon charts, where it was, amazingly, the number one selling novel across three weeks in May and June. Any suggestions?

Meanwhile, Five Leaves has been a bit slow off the mark with eBooks, but The Pretender is coming soon, and Love Lessons may follow. Several of the Crime Express authors have self-published their novelettes as cheap Kindle offerings so, if you don’t want to own the rather gorgeously produced print versions of these terrific tales, check out ‘Gun‘ by Ray Banks, ‘Claws‘ by Stephen Booth, ‘Killing Mum‘ by Alan Guthrie (10,000+ sales – that man can market!) and, of course, ‘Speaking Of Lust‘ by Lawrence Block, which is four stories in one. They’re all less than a quid. And this week’s song of the week is for Larry. Have a good August.

David Belbin ·
@DBelbin
Just done this, very straight forward. You get one visit for up to six people. https://t.co/SfmbKLxh2r
View on Twitter

These can be used up until 30th November.

They allow up to 2 adults and 4 children free entry to one of their sites this autumn.

Kevin Cummins@KCMANC
On this day in 1977 - 21 September - I took a photo of Elvis Costello at Rafters in Manchester, while we were playing pool before his gig there. https://t.co/QBhoAwReRt
0
3
Follow @DBelbin