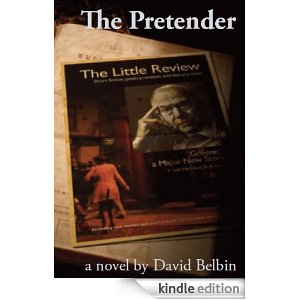 If you were to ask my readers which their favourite of my novels is, most crime fans would say Bone & Cane, Young Adult readers might well say Love Lessons (or, if they’re big music fans, Festival), but the majority, I know, are fondest of The Pretender. It’s my favourite, too, having taken me over twenty years to get it right, then get it published. The novel is about a young man, Mark Trace, with a precocious ability for literary forgery. During the story he successfully fakes Graham Greene, Charles Dickens, Ernest Hemingway, Roald Dahl and more. As a coming of age story, it straddles adult and young adult fiction. The YA aspect is one reason why I put Dahl in, that and a rather tasty story about how Dahl plagiarised another writer. Given that the narrator is in his teens for 95% of the story, you might think that it’s obviously a YA novel but the subject, literary forgery, and the way that the story is told (an adult looking back) means that it belongs more firmly on adult shelves. But what do I know? Jackie Kay described it a ‘gripping writerly thriller’ and that will do me. It would have been nice if the book has been one of those coveted cross-over hits but, instead, despite rave reviews, it failed to get into bookshops and has, so far, sold only modestly. By contract, the German version Der Hochstapler has been a big success and the novel is also in Hebrew and Italian.

Why am I writing about it again now? Because the UK publisher, Five Leaves, has at last entered the world of the ebook and made The Pretender one of their first publications, in all ebook formats. It’s currently available at the ludicrously low price of 2.86 (to be economially viable, ebooks need to cost at least twice that amount but, what the hell, Five Leaves are supported by the Arts Council and I’m supported by a part time teaching job) so grab it while you can. At the moment, all of the great reviews on Amazon haven’t transferred over to the ebook, so if you’ve read the novel and fancy leaving a review to help kick start its second lease of life, I’d really appreciate it. I discovered through the unexpected ebook success of Bone & Cane just how important those reader reviews are, and I’m very grateful to everyone who found the time to write one.

The title of The Pretender comes from a song by Jackson Browne which I’ve loved since it came out, back when I was eighteen. It wasn’t always the title. The version I wrote in my twenties was called The Storyforger and the one in my forties Forgery: A Memoir but, in the end, we went for the more obvious and memorable, if less original one, and I’m glad we did, not least because it now gives me the opportunity to introduce you to this terrific song.