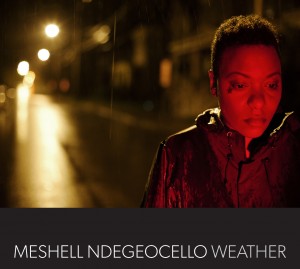 Only a week to go before the new Leonard Cohen album, ‘Old Ideas’, but in the meantime, here’s a track from an album that I didn’t hear last year (or it would have been high on my list below) but got for my birthday this week. I’ve been a fan of Meshell Ndegeocello since buying her classic break-up album Bitter in Portland, Maine on a road trip round the US in 1999. Her work moves between rock, jazz and soul and is consistently absorbing. She writes everything she performs, so I was surprised to find Leonard Cohen’s Chelsea Hotel on the new record. I’m not much of a fan of Cohen cover versions. A few are OK.  Jennifer Warnes Famous Blue Raincoat is pretty good. I do like kd lang’s version of Hallelujah (nowhere near as much as Cohen’s live versions). But, you know what? This slowed down, souled out version is terrific. As, on two plays, is the album. When this song was originally released on New Skin For The Old Ceremony (the tour for which was when I first saw, and met him) it was called Chelsea Hotel no. 2. That’s because there was an earlier, never released version with different lyrics. The version of it below was recorded in Israel, just after it was written in 1972. The song is, of course, about Janis Joplin, as he used to make clear in the introduction when performing it live. He was well advised to drop that ‘queer’ line. Words change their meaning.