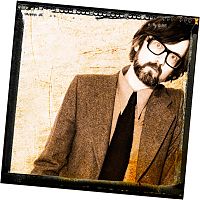 Most mornings these days, I have a session on my exercise bike before breakfast – gets my metabolism going, stops my knees from seizing up and lets me catch up on radio programmes or podcasts I’ve missed. I sometimes watch TV shows, but rarely first thing in the morning: it just feels wrong somehow. Yesterday’s exercise bike listen also felt wrong, as it was all about people who work in the night.

Jarvis  Cocker hasn’t always been a national treasure. As a Sheffield born writer and Pulp fan, I wrote a letter defending him when The Guardian (and just about every other organ) condemned his mooning Michael Jackson at the Brits in 1996. This is now seen as the gesture that cemented his reputation as a plain-speaking, caring eccentric. The letter appeared, but predates their online archive. It’s not quite true that Pulp couldn’t get arrested when they first decided to split up. The fourth and final time I saw them they played to a huge crowd in Sherwood Forest. But they couldn’t sell many CDs. It’s good to see them back together, but they’re now only one aspect of all the stuff that Jarvis does, including the radio show mentioned above Wireless Nights, which runs on Thursday nights at half eleven on Radio Four.

He also has a solo career, of course, and the two solo gigs I saw were very good, even if his second solo album wasn’t. The other day, I came across a Jarvis solo track I’d not consciously heard before, from the soundtrack of Mike Bassett: England Manager (which I’ve seen, but I’m not sure the song is in the movie). It’s quite typical in its mordant, deadpan humour, and really rather good.

Jarvis Cocker – Everybody Loves The Underdog