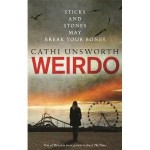 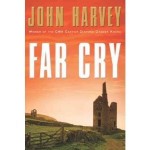 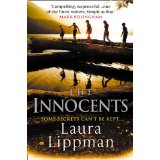 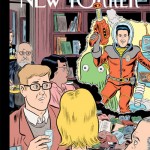 I’ve just returned from one of those holidays you need a holiday to recover from (long story, but it involved a huge amount of driving, breakdowns, a blow-out and never knowing where you would be the next day), so my holiday reading was less wide ranging than usual. I usually get through a balanced set of books, from crime to literary fiction and poetry, but this time the closest I got to literary fiction was a handful of stories in the New Yorker, of which I had many issues saved up. The best ones were by Jennifer Egan in the pictured issue and Tessa Hadley. I was impressed by Alison Moore’s long story The Pre-War House on my Kindle (I’d taken her Booker long-listed The Lighthouse to read, but the time wasn’t right). What I needed was strong, page turning stories and, happily, I had four crime novels with me that fitted the bill. Most years, I read no more than one crime novel a month, but I polished off six in August (I’m not writing about the two so-so ones and another that I abandoned), partly a post Harrogate thing, so I’m feeling fairly up to date with the genre. Funnily enough, the four I read on holiday had a lot in common: they were complex, multi-point of view mysteries with complicated time scales, much like the novel I finished writing just before going on holiday.

In the order in which I read them, then. Had Cathi Unsworth’s Bad Penny Blues on my reading list for months, but it was trumped by her new one Weirdo, a gripping, sensational story that spans twenty years, featuring teenage obsessions, bullying and small town corruption. Hard to describe without giving away too much of the plot but cutting edge crime fiction, if you’ll forgive the cliche. Very cleverly done. John Harvey’s Far Cry I’d been saving up. It’s the longest and, I think, the best of his one-off crime novels, beautifully written, with subtle characterisation and very satisfyingly plotting.

Not read T.Jefferson Parker before, but a crime blog I read recommended his debut, Laguna Heat, as a crime classic (amongst a list where I agreed with all the other choices) so I ordered a second hand copy and devoured much of  it during the one afternoon I managed to spend on the beach. It’s a stylised, Chandleresque story about a cop who’s killed a teenager and puts himself out to grass in his quiet Californian hometown, only for a series of horrendous murders to follow him. Their cause reaches back beyond his own childhood and the murder of his mother. No spoilers, but of the four, this had the most satisfying, well wrought solution.

On the nine hour boat journey home, I read the whole of Laura Lippman’s latest, The Innocents (again, a one off, though her series character Tess Monaghan has a cameo). Her What The Dead Know is one of my favourite crime novels of recent years and this is close to that quality, a terrific family saga that, while it has a murder at its heart, is a novel of suspense rather than a crime novel. Interesting use of point of view and a strong Baltimore setting. I was sorry to finish it.

My bedtime book during most of the holiday was Peter Biskind’s Star. This isn’t a conventional biography of Warren Beatty (it starts with his first movie and we learn little of the childhood that formed the control freak sex-addict the book portrays) but it’s a very well researched (with Beatty’s kind-of cooperation), compelling read. Beatty made two films that I loved when I was growing up, Bonnie and Clyde and Shampoo (which, oddly, I went to see with my mother, in Burnley) and slept with just about every woman I fantasised about as a teen, from Julie Christie to Brigitte Bardot, along with about 9,999 others. His film career was largely wasted thereafter, and he turned down many great parts. One he didn’t, which I loved, was McCabe in Altman’s great McCabe and Mrs Miller. Biskind isn’t kind about Altman, by the way, he seems to have it in for anyone who likes smoking dope. The book isn’t kind to Pauline Kael, the great movie critic, either, but saves some sympathy for director Hal Ashby, who Beatty kind of killed with a very painful kindness. At the end of this long read, you can’t help but feel ‘what a waste’ and be grateful that you never worked with obsessive perfectionist Beatty, a man who, when asked why he tried to sleep with almost any woman he found in the least attractive,  said ‘because… you never know.’ Twenty years ago, when he was my age, Beatty married an actress twenty years his junior, who gave up her career and had four kids with him. So I guess he knows now.