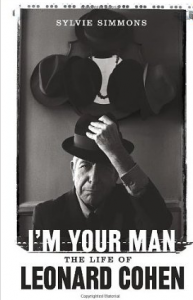 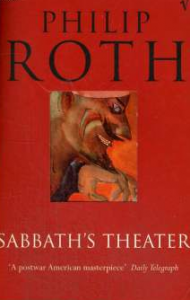 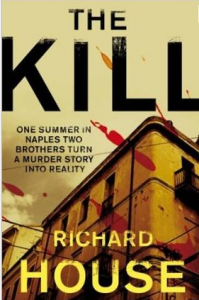 We’ve just had a full two weeks away in Croatia. I took a pile of books plus a Kindle with me, planning to leave several of the books behind. How many could I bring myself to dump? Wait and see. On the plane, I read Loren D Estleman’s nine year old Amos Walker novel Retro. This was the first Estleman I’d read in twenty years, picked up for 20p in my local library, and I don’t know why I’ve been denying myself the pleasure of his hard boiled, tightly plotted, satisfying novels. I’ll be back for more.

On our first full day in Babin Kuk, I donated it to the hotel library, where I couldn’t resist picking up a much fatter volume, the much discussed The Cuckoo’s Calling by Robert Galbraith. I’d read the sample on Amazon and it looked like a decent beach read. But my reading for the next five days was dominated by a biography I’d been saving up (actually, I have it in hardback, but then got a paperback review copy, which I took with me): Sylvie Simmons‘ I’m Your Man: The Life of Leonard Cohen Sorry to be missing Cohen’s UK tour while I was on holiday, but I have seen him four times – twice in the 70’s, twice recently, so can’t complain. I’ve read the Nagel Cohen biography and thought I knew a lot about Cohen’s life and work, but found this utterly engrossing. Terrific research (with the subject’s full cooperation, though it’s not ‘authorised’), beautifully written, full of stuff I’d not heard before (it’s particularly good on the Rebecca De Mornay relationship). It kept sending me back to the songs, most of which are on my iPod. I found myself with the recent ‘Going Home’ as an earworm for a good week.

From one big book about a depressive Jewish womanizer to another. This was the second holiday I’d taken Philip Roth’s Sabbath’s Theater on, but this time I read it – devoured it, in fact, in two days on the beautiful Croatian island of Korcula (where we stayed in a tiny village with no less than sixteen restaurants, half of which we ate in – all good, two outstanding). Now that Roth’s retired, this is the last big novel of his I haven’t read, so it’s a treat I’ve been saving up, and I wasn’t disappointed. It’s a wild, rambunctious book about sex and death (oddly, the most important character turns out to be Croatian) and lots of people will hate it. How can he possibly end this, I kept asking myself. Will Mickey Sabbath’s first wife, whose disappearance so affected him, reappear? (I think there’s a hint about what happened to her, but maybe I’m just obsessed with buried narratives). Will he…? No spoilers, but the last sentence is superb.

And yes, I read The Cuckoo’s Calling on the beach. For a debut crime novel, it’s good: well written if overlong and often making the rooky writer mistake of endless dialogue scenes that barely advance the plot. The central characters have legs (three between them) and it might make a decent two part ITV drama over a Sunday and Monday night. But there are a couple of gaping plot problems and as an account of the trashy lives of vacuous rich people I far preferred HJ Hampson’s much tighter (and cheaper) The Vanity Game, which I read on my Kindle earlier this year.

Richard House’s The Kills is now available as afat hardback, much too fat to take on holiday (I had to put aside David Peace’s Red Or Dead for this reason, though I look forward to returning to it this weekend, with Liverpool at the top of the Premier League). But it’s meant to be read as an eBook. Being a perverse sod, I paid money for the first volume, Sutler (which you can get for free if you tweet about it) and bought the third volume The Kill as a paperback, because I liked the idea of having part of it in physical form. So I ended up paying rather more than the hardback would cost me. At over a thousand pages, it still represents remarkably good value.

House used to work at the uni where I teach Creative Writing but we never came across each other, which is a pity, as he’s an ambitious writer with whom I seem to share several interests (eg thrillers, politics, novels that move between many locations and cross genres). Sutler is a terrific read. Book two The Massive, is good, but harder work in its first half. The Kill can be read on its own or, indeed, first (and in different orders if you have the right kind of eReader) and has distinct horror & Highsmith elements. The Hit, which I read on my Kindle, finishing it on the plane home, makes for a satisfying ending, although this is not the kind of book where there are definite conclusions, with all the loose ends tied up (for that, go to Galbraith). It’s a very ambitious, timely (Syria features, while Iraq dominates) quartet, well deserving of the Booker prize shortlisting it didn’t get, because the jury – who have to read everything three times – chose a long short story instead. Bah, sucks.

And that’s it, apart from a bunch of short stories in the seven New Yorkers I took with me. The best and longest of them, Jhumpa Lahiri’s Brotherly Love, turned out to be a filleted version of her Booker shortlisted novel (you can read the long excerpt here). I hate it when the New Yorker does that without saying. Anyway, it was very good, shades of the late great Ruth Prawer Jhabvala. Which books did I leave behind? The Cohen, Galbraith and Estleman, plus all the New Yorkers. But I’ll be going back to the hardback Cohen on my shelf in due course, and have a listen to that Leonard Cohen song, which you may recall from our best of year CD. Now it’s back to David Peace.