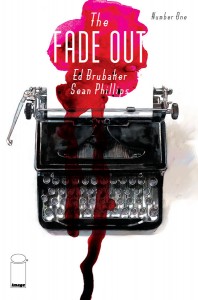 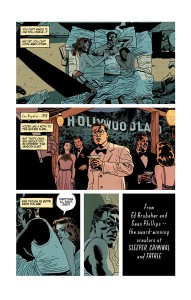 I don’t have books of the year, as I don’t read books by year. I read a handful of new books, especially poetry,  as soon as they come out but, mostly, they pile up. I buy hardbacks that I know I’ll want to hold onto (eg the new Frantzen and Elvis Costello’s autobiography), but their high price doesn’t include the biggest expense involved in a thorough read: my time. As often I’ll wait for the paperback to come out or buy it on Kindle when I see a good deal. I don’t like reading to feel like a duty (except when it is a duty because I’m marking it or reading for other professional reasons). And I like to be partially guided by serendipity. For instance, I was sorting out a huge pile of books in the front room the other day and came upon Tolkien’s Gown by Rick Gekoski, which I’d started, then let get buried, which has now become my bedtime read.

An exception to the above is comics (and, to continue the City of Literature theme, I see comics and song lyrics as being just as much part of our literature as plays and poems). There are writer/artists whose every work I read as soon as it comes out eg Adrian Tomine, Seth, Alan Moore, the Hernandez Brothers and, lately, Ed Brubaker. I came across Brubaker when he took over from Bendis on his excellent Daredevil run (Daredevil is the only new superhero comic I ever read, unless you count Alias, also by Bendis, currently on Netflix as the engaging Jessica Jones). I spotted it in Nottingham’s Page 45 store and was intrigued by its ’40s film noir style and setting. I devoured the comics as they came out, then realised it was in three four-part arcs (the first two now in book form), and decided to save the last arc until it was complete. I survived the wait by reading all five volumes of its predecessor, Fatale, which I liked a lot but isn’t quite as fully achieved as The Fade-Out.

Issue 12 came out this week and, yesterday, I reread issue 8 then had a slow read of the final four. It’s a satisfying, superbly structured, well-rounded story, with outstanding artwork by Sean Philips. Somebody’s bound to make a movie of it but there’s too much to fit in. The Boardwalk Empire team could do it justice in a mini-series. It’s a completely grown-up comic, set in the aftermath of the horrors of the Second World War. It’s shot through with cynicism yet full of tender spots, with good insights into relationships and a firm sense of Hollywood history (there are some good short prose pieces about this at the back of every issue, too).

The Fade-Out is the best new comic I’ve read in ages and fully justified repeated visits to the store to see if the new issue’s out yet. I could have saved half my money and had one complete, satisfying binge had I waited for the inevitable fat paperback of the whole thing. But it’s more than habit that draws me to the serialised story. I love the shared experience, watching a series develop, reading the writer’s comments on the letters page (you never get those in the collections) as it evolves. Feeling part of it, rather than a passive consumer. The buggers do take up a lot of space though. Before I go to this book launch (for a refugee charity anthology that contains only my second poem of the century, if there are any Belbin collectors out there), I need to create some shelf space to put them in…