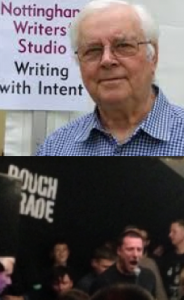 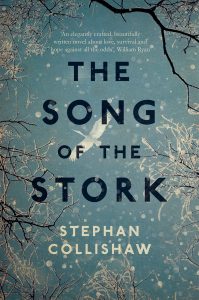 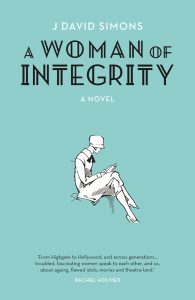 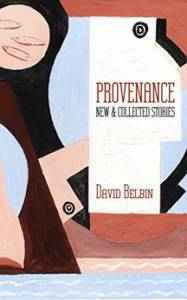 It was World Book Day last week and I meant to spend the evening in a bookshop, celebrating the life of my friend, the writer Derrick Buttress, who died in December, aged 84. But hospital duties prevailed so I was represented by the video I took of one of his readings. Derrick was the last of the generation of Nottingham writers that included Stanley Middleton and Alan Sillitoe. Derrick, a modest man, would never have put himself in their company. He was, however, just three years younger than Alan (he was born in Broxtowe in 1932) and, though he got his start in writing even later than Stan did, his work was as much infused with Nottingham working class life as Sillitoe’s. He studied English in his late 30s and, from his early 40s, had plays produced on Radio 4 and on BBC TV. He began to publish poetry in, I think, 1991.

John Lucas’s Shoestring Press became Derrick’s publisher at the start of this century, which is when I got to know him. His 2004 memoir Broxtowe Boy, which I’ve been rereading, is widely considered a classic and the 2007 sequel, Music While You Work, which picks up the story when Derrick was 14, is also well worth tracking down. Most of all, I think, he was a very good poet. I could never get him along to read at Jazz and Poetry, as, these last few years he wasn’t much for going out in the evenings. But I was at his last, early evening launch, at Lee Rosy’s a couple of years ago. The collection’s title, ‘Welcome To The Bike Factory’, might suggest that Derrick’s main interest was recording a bygone industrial life – which would be fine, but there was more to Derrick than that. After he died, I discovered that when he became a secondary school teacher, in his forties, he did his teaching practice at the same school where I taught for ten years, Rushcliffe Comp in West Bridgford. John Lucas has just done a limited reprint of Broxtowe Boy, with Derrick’s annotations. Five Leaves Bookshop may have a few copies left.

I wasn’t able to be at Five Leaves for Stephan Collishaw’s book launch either, as I was teaching, but I did read his third novel The Song of the Stork last week. It’s a beautifully written second world war story, set in Lithuania. Not the sort of thing I’d normally pick up if it weren’t by a friend (I’m not big on war novels or films), but I’m very glad I did. The style is spare, almost YA in tone, which is appropriate as it is told entirely from the point of view of fifteen year old, Yael, who turns sixteen during the course of the novel. Yael is Jewish and hiding from the Germans, who would send her to a concentration camp. She seeks shelter at the run-down, remote cottage of a strange mute, but initially he will not help her, for that would mean execution for him. This is a powerful, beguiling story, almost fable-like in tone, and quickly draws you in. It’s been way too long since Stephan’s second novel, Amber, and I hope that, now he’s back in the groove, the fourth won’t be far behind.

I’d heard that one of my favourite novelists, J.David Simons, had decided to retire from writing novels after the excellent An Exquisite Sense of What is Beautiful four years ago. So I was delighted when I found out that this was not the case. Indeed, he’s landed up with my publishers, Freight, which means that I got an advance copy of his new novel, which is out on Kindle now and in paperback later this month. I devoured A Woman of Integrity over the weekend. It’s a hard book to put down. Simons gives the story of two women, one born on the first day of the Twentieth Century, the other a present day actress in her early 50s with a Hollywood career that is starting to fall apart. The life of Georgie Hepburn is told largely through a first person account which we’re discouraged from entirely trusting. It would be unfair to say too much about her life, which early on involves Hitchcock, silent movie acting and the dawn of the talkies, for it is full of surprises. Laura Scott is portrayed from her own point of view in the third person. She’s a Gillian Anderson/Kristin Scott Thomas style actress – not quite as successful but recognised wherever she goes. Her last boyfriend, Jack, was a kind of Hugh Jackman figure and the reader builds up a lot of curiosity about him. Then an attractive American documentary maker turns up and wants Laura to play Georgie in a film. But first they have to get access to her archive.

Simons’ Glasgow to Galilee trilogy is very serious work and may well turn out to be what he is most remembered for. By comparison, A Woman of Integrity is a jeu d’esprit. Simons is clearly out to have fun, a point emphasised when Laura goes to see Jack in a movie based on Simons’ previous novel, and notes that the producers have knocked twenty years off the hero’s age so that Jack can play him. This is a delicious, hugely enjoyable, very satisfying read that deserves to be a best seller. If I’m asked for holiday recommendations, it’ll come top of the list. Pacy, full of great characters, with multiple twists and surprises, it’s brilliant for the beach or if you need cheering up.

But if you need to vent your rage at the state of the world, as I often do, I’d recommend the Sleaford Mods’ fourth album, English Tapas. Early evening Saturday I went with my brother and his partner to see their instore album launch at Nottingham’s Rough Trade. We squeezed into the back of the small area in front of the stage, the front half of which was a beer throwing mosh pit, while they played most of the new album and ‘T.C.R.’  This and new track B.H.S. were the highlights of a manic set. Odd only to be able to see their heads but we did avoid having beer thrown over us. Jason apologised for messing up one new number and threw in an extra one at the end, ‘Jobseeker’, which led to a full stage invasion (see the screengrab above by @tanyalouiseray on Twitter). Anyway, don’t get out much at the moment, and that forty minutes of madness was just what I needed. I’m looking forward to seeing them again twice this year, at the Green Man festival and at Rock City in November.

Talking of Twitter (I know that some non-Twitter users read my feed in the box on the side left), always the early adopter, I’ve now been on there for ten years. In celebration (and in order to generate a few more reviews), we’ve halved the price of my latest book, Provenance: new and collected stories, on Kindle, to a mere £2.99. That’s a tenner less than the print version, which is still available from Shoestring Press’s website or at all good bookshops.

Here‘s the video for B.H.S.. What are the Mods doing in a books blog? Well, if you were lucky enough, you did get a large pamphlet with the new album, documenting every Mods gig to date before they forget them. They do say that they’re bound to have left a few out. Indeed, missing from the list is the first time I saw them, supporting Scritti Politti at the Rescue Rooms on August 2nd, 2012. I’d never heard of them but my mate Mike Atkinson urged me to turn up early and, as so often, he was right. I gave them their first review in the Nottingham Post. It’s no longer on line, but here’s what I wrote:

Early arrivals were treated to Sleaford Mods’ sardonic take on modern Nottingham. This duo – shouty vocalist and tape machine – have echoes of The Fall, John Cooper Clarke and LCD Soundsystem. They feature the most authentic Nottingham accent since Gaffa’s Wayne Evans. Check them out.

Here’s one they did earlier.