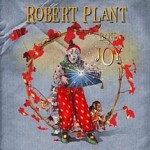 I’d uploaded two songs to write a blog post about today, but figured without getting hold of the new Robert Plant album, which is officially released tomorrow. I’m on my third play and it’s magnificent, far stronger than its very enjoyable predecessor, Raising Sand, fully deserving of the five star review in Friday’s Guardian. I’ve already written at length here about my falling out with Led Zeppelin, so I won’t revisit those recollections. What I will say is that music as good as this – drawing on the last fifty years and named after Plant’s pre-Zep group, Band of Joy – completely justifies his decision not to get on the reunion past glories gravy train. Here’s one of the bluesier cuts, a Lightnin’ Hopkins number.