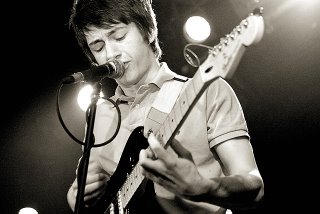 It’s the things you don’t do that won’t go away. In the third year at Grammar School they streamed us into two half years. My on-off mate Phil went into the bottom group. I went in the top one, where I tentatively established a friendship with the coolest kids in the year. They spent their lunch hours smoking and listening to sounds at the home of Chris (who spelt it ‘Kris’) nearby. I was always on the edge of this group, though, the new kid. Taking Kris as my fourteenth birthday guest to our first gig, the Pink Floyd at Liverpool Empire, seemed like a smart move on my part.

Then the ground shifted again. For the fourth year, a middle group was created – lads too bright for the bottom set or not bright enough for the top stream. Phil stayed where he was. Most of Kris’s group were kicked down into the middle set. At the time I didn’t make the connection with my being temporarily ostracised – setting shouldn’t affect who you hung out with at lunch time – but I was. I put this down to my inherent character flaws, which principally consisted of my acting far too smart for my own good and believing that trying to best people in arguments was likely to make them like me.

That same autumn the gig came up. Led Zeppelin were the biggest group in the world and getting bigger. I’d worn out my first copy of Led Zeppelin II. Kris thought III was better. We all agreed their latest album was the best yet. No chance of getting my dad to pick up tickets in his lunch hour, as he had with the Floyd. This was before credit cards, the internet, phone booking even. The only way to be sure of tickets was to queue up really early in the December morning, maybe even the night before. I couldn’t get away with skiving off school. Nor could the members of Kris’s clique. But bottom set Phil could. I gave him my money (about a quid, as I recall) and he promised to get me one.

Lunch time the day the gig went on sale, I hurried out of my lesson, and across the common to Phil’s house, hoping he’d be back. It was a five minute walk. A minute from Phil’s house, I heard a familiar laugh. Kris and two of his clique. I ducked behind some trees and watched them walk by, my heart sinking as I heard them talk. My name came up, and they were, unmistakably, gloating. When they were gone, I went to Phil’s. Anxious to get in with the clique, he had taken money from three of them to get Led Zep tickets. Then, as now, there was a limit on how many tickets you were allowed to buy. Four. And he had just given the spare three to my ex-mates who he hoped to chum up with. Sorry.

The last conversation I had with Phil was when he came up to me the day after the concert. He said ‘I know you won’t want to hear this, but I’ve got to tell you about it’ and proceeded to run through everything about the show. I listened for a while, then walked away. I don’t remember ever talking to him again after that. Of course, Kris’s clique dropped him immediately after the show. I got back in with them until I changed schools the following year. I’ve always had the currency of an obsessive interest in rock music to exchange for friendship with blokes, though it tends to put off women (my almost equal obsession with literature generally acts the other way).

Throwing out the baby with the bathwater, I stopped listening to Led Zeppelin too, instead investing heavily in singer songwriters like James Taylor and Joni Mitchell. It took me twenty years to start listening to them again (not the later stuff – they were never better than in ’73) and I reached a reconciliation of sorts when I saw Robert Plant at Glastonbury in 2000, doing a fantastic set in the Acoustic Tent. These days, I’ve got most of their first few years on CD, including a few bootlegs.

One of the wonders of bittorrent is you find shows you never thought were recorded, sometimes ones you were at, and test your memory against them. Yesterday morning I found a soundboard recording of Led Zeppelin at the Liverpool Empire, January 14th, 1973, the gig I most regret missing. So, of course, I downloaded and burnt it to CD. I listened to it on my drive to and from Sheffield last night, when I had a ticket that many modern fourteen year olds would kill for (at least they would if they were allowed in to the 18+ venue). I was going to see one of the Arctic Monkeys’ semi-secret second album launch shows at the Leadmill club in Sheffield.

I like the Arctic Monkeys a lot, if not obsessively. I was going as the plus one of my oldest mate, Mike, who is reviewing it for the Sheffield Star, so I wasn’t depriving a ‘real fan’ of a ticket. I only found out the show was on the week before and was pretty stoked up at the prospect. I thought my last chance of seeing the Monkeys had gone last year when I missed out on Rock City tickets by a few seconds. Now, here I was, seeing them in the ideal venue in my (and their) home town. But first, there was Led Zeppelin.

The traffic warning signs on the motorway said ‘Think’ and ‘watch your speed’, which I find almost incompatible. I thought about Led Zeppelin as I kept turning the sound up. They had terrible lyrics, and didn’t care, often sending themselves up between songs. I was surprised by how many then unreleased numbers they threw into the set. Not yet superstars, they included playful cover versions in ‘Whole Lotta Love’. It was a reminder of how close in time they were to sixties soul and blues band. They played snatches of numbers that would have seemed hopelessly outdated in ’73 but are cool again now.

Hearing the show didn’t heal a wound. I’d still love to have been there. But maybe missing it fed a determination that’s stayed with me ever since. I’ve always had to catch the great and potentially great whenever I get the chance. These days I do whatever I have to do to get tickets and generally succeed. You can never be sure you’ll get the chance again.

The atmosphere inside the Leadmill was great. We got a great spot, central towards the back, and it was a friendly crowd. There was less pushing than in the standing section at Bruce Springsteen in Sheffield Arena the previous year. Everyone sang along to their best song, ‘Mardy Bum’, which came early in the set. The new songs sounded great. The group weren’t at all showy, or sexy. They weren’t exactly ‘serious young men’ either, more yer typical laconic Yorkshireman (maybe I’d be more like that if I hadn’t left the city when I was two). If you didn’t know, you wouldn’t believe that, only last year, the Arctics put out the biggest selling UK debut album of all time, and were about to go up to the next Zeppelinesque level. They played everything you’d want to hear in a well structured set, the other highlights of which were ‘Dancefloor’, ‘When The Sun Goes Down’ and the closing ‘A Certain Romance’.

Two hours in, Led Zep were just beginning their first encore when I got home. Led Zeppelin’s three longest numbers: ‘Dazed and Confused’, ‘Whole Lotta Love’ and ‘Stairway To Heaven’ lasted longer than the entire Arctic Monkeys gig, which included what I believe to be their first ever encore. Mike predicted what it would be, new album closer ‘505’, performed at the keyboard. It’s a song about coming home to the girlfriend from being on tour. As we left, Mike and I mused over what the ‘505’ was. A plane, hotel room or flat number? ‘It’s the time of the morning’, a young woman interrupted us, knowingly.

I’m not sure she was right, but it was great to be at the kind of gig where anyone can join in the conversation, where the band is part of the fabric of the city, and people feel like they know what every word of every song means (even before the album’s out). Unlike Led Zep, the Arctics write great lyrics, the sort that stay with you, inspire affection and even, quite often, make you think.