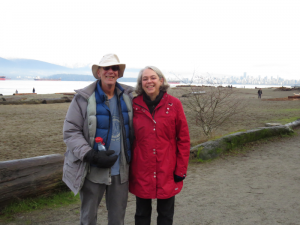 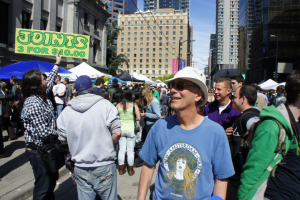 My friend Don died a week ago today. We only met a handful of times, but were cyber-buddies for more than a decade. Internet friendships tend to involve carefully edited versions of ourselves that wouldn’t fit so firmly in real life, but, had we not lived 4,600 miles away from each other, I suspect that we’d have been good friends. He was very supportive of my fiction, sometimes posting rave reviews on Amazon under quirky aliases (ie Joey Kludge). Three years ago, when I dedicated the second Bone and Cane novel to Don and his crime loving wife, Jo-Anne, he was touchingly flattered and at first convinced I’d just sent them some sort of specially personalised proof copy.

I met Don through a Usenet newsgroup about Bob Dylan. I sent him a copy of a UK only magazine compilation CD he was after. This began a regular, mainly music obsessed correspondence, with many more cds exchanged, that we both enjoyed a great deal. We’d often have conversations that spread through the day, despite the huge time difference. Every year I’d send him my best of year CD and he would send me that year’s latest all music issue of the Oxford American, which he’d introduced me to. It’s funny how you picture people via their online persona. Don, who, after a while took to calling himself Really Real, combined posting about music with acting as a kind of gatekeeper, taking up arguments with some of the more nutty members of the Dylan fan community, always happy to play Devil’s Advocate to get a discussion going.

Don’s online persona was much more curmudgeonly & comic than the real Don, who I got to meet when he and Jo-Anne were visiting Paris at the same time as Sue and I were over from the UK. We later visited them in Vancouver, where they were terrific hosts. Don was a very sweet, quite straight looking guy with a great sense of humour, as well as being an old hippy who never entirely grew up. On our Vancouver visit, I particularly recall Don showing me his original Beatles butcher sleeve, our being surprised by a van full of armed cops arriving in a back alley when we were on our way to see the Hold Steady, and a luxurious woodland picnic. A former schoolteacher, Don came from a prosperous family and was able to retire early, so at least he got to spend a long time doing the things he loved most, which included travelling with Jo-Anne, seeing a lot of movies and, until recently, going to plenty of gigs. His massive interest in music, especially Dylan, was demonstrated by the amount of time he continued to spend on the Dylan newsgroup, long after newsgroups were a thing (I stopped using it when my newsgroup software would no longer update, although it’s easy to access through Google groups).

From time to time, though, Don would keep me up to date with what was going on there, and when Jo-Anne wrote to tell me that he had succumbed to pancreatitis, the day after his 68th birthday, I offered to write a post there, telling the group, which I did last Friday (this blog is an expanded version of what I wrote there). The outpouring of love and fascinated comments about Don was staggering: far too many great comments to summarise here, but I do want to mention one particular guy who goes by the name, Just Walkin’, who wrote to tell me how, inspired by Don, he packed in being a software entrepreneur to become a high school teacher. In his sixties.

Don was a great maker of compilations, often on themes. I have loads of them. He also made 35 ‘great year to be born’ CDs, compilations of the best music (from a Canadian perspective) of every year from 1951-1986. I have a full set, and he’d often send me updated, improved versions. He’d post his theme compilation lists on RMD, asking for suggestions. Over on the group now, a bunch of people are putting together the tracklisting in his honour, Heaven. Ironic, of course, as Don was well known to be a staunch atheist. He hated funerals and there won’t be one. One frequent request I got from members of the newsgroup was for a photograph of Don, which I can understand. Before I met Don, based on his online persona, I had a kind of cartoon image of a bearded unabomber type. I asked Jo-Anne for some she liked and post them above, for the people in the group, and as a memorial to my friend.

I’ve missed Don’s witty repartee for the last few weeks. He was too ill to hear the best of year CD that I sent him, never mind tell me which tracks he loved and hated. We’ll never discuss the book about Dylanologists my brother gave me for Christmas, or the complete Basement Tapes. But music I got from him is all over our house, and he’ll remain a constant presence. Sitting in front of me is a magazine that arrived in the last post, the 2014 Oxford American Southern Music issue: Texas, which Don, who had great difficulty communicating at that stage, asked Jo-Anne to buy for me, and she posted after his death. I’m off downstairs to open it now. Thanks, buddy. It was real.