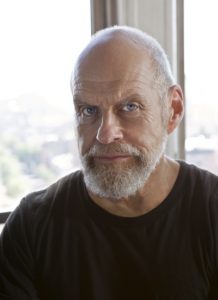 Lawrence Block is best known for the Matt Scudder novels and Burglar series, although these form a relatively small part of his output over the last fifty years. I used to have a triumvirate of favourite crime writers: him, Ed McBain and Elmore Leonard. The other two are gone now, which makes Larry the King of Crime, as far as I’m concerned. We’ve met a couple of times and correspond occasionally. Back in the day he did a guest blog on this site about one of his many pseudonyms (pseudonyms, and why writers use them, always interest me). He’s an accomplished, original short story writer, too, going back to before most of us were alive, when a writer could make serious money out of the things. And the Kindle single format (10-30,000 words) works a treat for him. His latest, Resume Speed, is an interesting one-off. 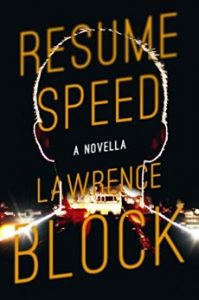 Is Resume Speed a Crime story? Not exactly. It is a mystery, but in the sense that most fiction is a mystery, exploring the mysterious human condition, than Block’s best known work. Describing the plot, without spoilers, is bound to make it sound humdrum. Bill, a guy of indeterminate age, arrives in a small town, gets a mundane job and meets a woman. The subject matter is more Munro than McBain but it is, nevertheless, a page turner and the writing – as ever with Block – is top notch. There are repeated hints that one of Block’s most frequent (and personal) themes is at the heart of the back story. But I won’t say what it is. What I will say is that I read this in bed over three nights and it was ninety minutes well spent: a story I relished going back to. As always with Block, I look forward to finding out what he does next.